Knightsbridge is a wonderful place to live if you are lucky enough to be planning a move there. Here we look at facts and information about the area to help you before and after your move to this affluent part of London.

With a 5* Ofsted rated primary school, no less than 4 tube stations nearby, 3 Michelin starred restaurants and only a short drive from central London, it is no wonder Knightsbridge is such a desirable area to move to.

The area is famous for luxurious retail areas and affluent visitors, but the stunning properties to rent or buy here draw a wide range of residents including foreign dignitaries, young families and young professionals. Sitting next to Hyde Park, Knightsbridge is visually leafy and green, with the listed Victorian buildings forming a grand and opulent outlook.

The area also contains Harvey Nichols and Harrods and of course easy access to fashionable Sloane Street so there are numerous opportunities for some retail therapy. The various superb restaurants featuring every cuisine you can think of mean you can also wine and dine as often as you like without ever getting bored. There’s plenty to love about Knightsbridge. 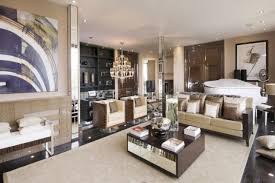 One of the most well-known features of Knightsbridge is the style of the properties and the layout of the streets and garden squares. The properties owned by the Cadogan Estate are typically rich red brick, whereas the Grosvenor Estate properties are characterised by tall white townhouses.

If you plan to buy in the area, the average property price is around £3 million pounds. However, large houses average at around £8.5 million. The lowest price for a property sits at around £350,000 and the highest properties cost nearly £13 million. In fact larger and more luxurious houses, particularly those with outdoor space, sell for almost double that and then some, with a 4 bedroomed house selling for £25 million in 2006.

If you didn’t want to purchase a property yet then there are various rental opportunities with the average rent being nearly £2,000 a week with the lowest rental being around £300 pounds a week and the highest upwards of £20,000 a week. Properties do cost a premium because this is a premium area. If you wanted to spend less money you would need to look elsewhere in London, but there are plenty of alternative areas in and around London. However, if you are planning to move to Knightsbridge it this is a unique and beautiful place.

The History Of Knightsbridge

Although Knightsbridge is indeed splendid now, it wasn’t always that way. It has a long, long history spanning back decades but was only really recognisable as Knightsbridge in the 19th century. Many of the different areas of London started as small country villages that eventually became part of the huge city we now know as London.

For example: Chelsea and Kensington were initially small villages called ‘Chelsey’ and ‘Kenesignetun’. The key difference with Knightsbridge is that it was more of a wasteland between other villages and wasn’t really a recognised ‘area’ as such. It was just an area between other areas.

Of course it did eventually get a name, but how that happened is still disputed to this day. One theory is that knights used the area to get into London to fight in wars. It is thought they received a blessing from the Bishop of London who resided in the area. It is said one day that two knights quarrelled on the bridge in the area to resolve an issue but instead both fell into the river and died. It was then called Knightsbridge in commemoration of the knights that died.

Another theory is that the bridge was called Stonebridge until a well known knight was attacked whilst walking across the bridge and fought back and killed the main thief in the group. So the bridge was named Knightsbridge after this act of valour.

Some people also wonder if the bridge became Knightsbridge because the knights and ladies in the area used it. A less glamourous theory is that youths used to gather there and knights was slang for a youth many years ago. There is still no agreed story and it is unlikely we will ever know why the area has this name.

In the 1300’s the area was fairly detached from London. It was set between already established towns and so didn’t develop as quickly. There were quite a lot of pubs there initially which made it an unsavoury hideout and hangout for all the undesirables of the time.

The roads were also in bad condition so people were less likely to travel there.

In the late 1800’s though it did begin to develop in a big way and something called The Knightsbridge Paving Act was drawn up in 1790 so that the street quality was improved. Land in the rest of London was being bought and developed at speed so developers moved into Knightsbridge to build. It was only when Harvey Nichols and Harrods opened, that the area really became a hotspot and a desirable location to live and visit. 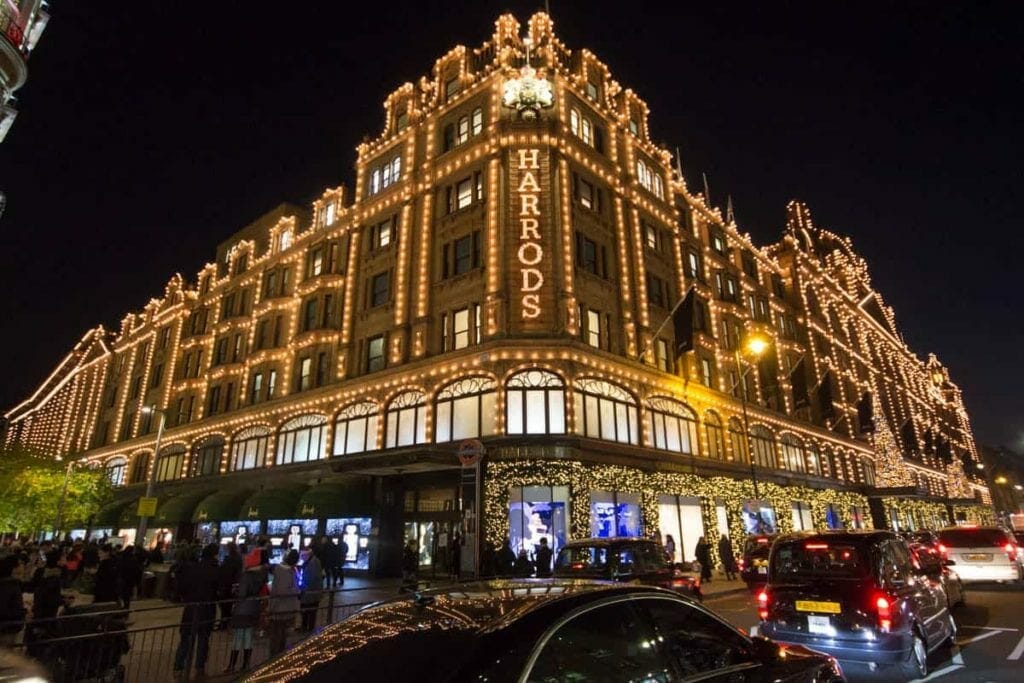 Who Lives In Knightsbridge?

With property prices costing millions of pounds, it is no surprise that wealthy international families, dignitaries and business people are drawn to the area. It has close proximity to central London and there are excellent local schools. Established city workers or businessmen also reside in the area, and a younger crowd has been attracted to the area recently with the addition of beautiful buildings offering modern apartments.

The Economy In Knightsbridge

The main economy in Knightsbridge relates to the tourism and retail industries. With Harrods, Harvey Nichols and many designer clothes shops in the area, retail is strong and the wealthiest tourists and residents spend a lot of their money in this area. There are also several banks that specialise in HNW (High Net Worth) individuals and cater to the rich clientele of Knightsbridge. Gastronomy is also a huge part of the Knightsbridge economy, with various highly acclaimed eateries and restaurants to choose from in the area.

There are several well known schools in Knightsbridge but the most well known is likely the Knightsbridge School which is a highly acclaimed preparatory school. Most of the schools in the area are independent (private) and require an interview as well as other application processes to accept a child.

Things To Do In Knightsbridge

One of the best things to do in Knightsbridge is shopping. Harrods alone is a destination in it’s own right and you can easily fill your time in there for a whole afternoon. Designer areas with no less than two Prada stores and plenty of designer boutiques and outlets means you can easily spend on bags, shoes or anything else you like, all in your favourite shops.

If you have just moved in and want to get acquainted with the area then a simple activity would be to just walk around and take a look at the area. The garden squares, the gorgeous architecture and the various different styles of property are well worth browsing. You can always wander across to Hyde Park afterwards to make the most of your outdoor exploration.

If you’re into food then you’ll have your pick of many different restaurants and cafes. If you fancy something creative and different to anything you have ever had before, Dinner by Heston Blumenthal is exceptional and makes for a really fun dining experience. If you prefer a more low-key dinner that offers something tasty and spicy, Haandi is a great option. Meat and seafood lovers will absolutely love Hawksmoor which has the most mouth-watering sandwiches you will have ever tried. Petrus, Marcus, Rivea and Toto’s are also excellent options.

If you don’t want to eat anything too heavy and just want a coffee and a cake, there isn’t really a best place for that, because there are so many lovely options. Harrods have a lovely coffee shop you can enjoy on a shopping trip. Alternatively why not book for afternoon tea at one of the many upmarket hotels in the area? Harvey Nichols, The Park Tower, Bulgari Hotel – the list is endless, there are many afternoon tea options for you to choose from. 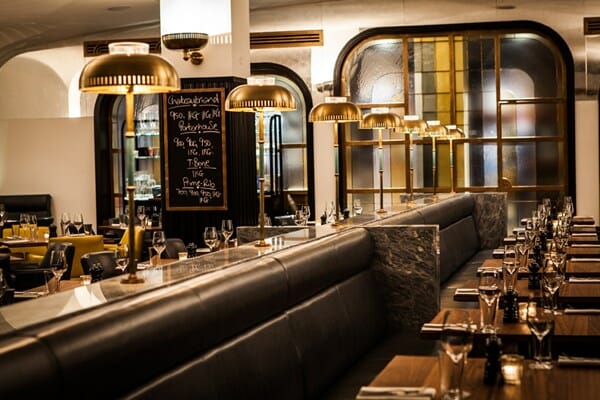 Tips For Moving To Knightsbridge

Moving to Knightsbridge is a great idea if you want to be in the heart of London, enjoying easy access to fantastic schools, beautiful outdoor spaces and incredible shops and restaurants. However, moving in general is very stressful and although there is no getting around the fact it will be challenging, there are some actions you can take to make it as easy as possible:

Decluttering before you move is a really good idea because there is no point paying to transport items you don’t want or need. Give unused items to charity or perhaps sell them.

Utilise Self Storage In London

No matter how big your budget is, you are paying a premium to live in Knightsbridge. For that reason, it is important that you make the most of every single square inch you have in your new home. Self storage will enable you to keep all your seasonal items, office paperwork, bulky ‘occasional items’ (large party accessories and lighting for example), and anything else that requires storage, in a safe and secure place you can get access to whenever you want. It is also incredibly cost effective and contracts are flexible, so you don’t have to worry about another big expenditure on top of your investment in moving to this exclusive area.

Visit A Few Times Before Moving

If you can, visit the area a few times before moving to get acquainted with things like the nearest shops and cafes, the nearest Tube Station, and to get to know your neighbours.

Line-up Everything Before You Move

Moving to such a busy part of London is going to be trickier than moving to most neighbourhoods. With that in mind, it will be a good idea to line-up certain things before the big day. Consider planning the following:

Prepare A ‘Just Moved In ‘ Kit

To avoid desperately rummaging through boxes trying to find the kettle, or getting lost locally trying to find a shop that sells teabags, prepare yourself a ‘just moved in’ kit. Suggestions for this box are:

The more you know and plan, the more smoothly moving to Knightsbridge  is likely to be. With such a short drive distance into central London, amazing outdoor spaces, beautiful architecture, a rich history and amazing schools, shops and restaurants, you’re sure to have an incredible time living in the affluent and highly desirable area of Knightsbridge.

Moving Abroad? We Can Help 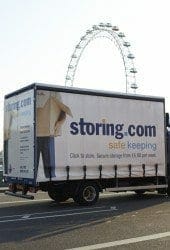 At Storing.com you could save between £200 and over £10,000 per year compared to other storage providers. But don't take our word for it; check out this price comparison chart to see just how much you could save. 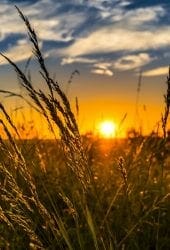 Where Are The Best Places To Retire In The UK?

If you are thinking about your retirement, this article will help you gain some inspiration about where you might want to retire in the UK Retiring is a wonderful part of life, where we leave work behind and instead, spend time relaxing with loved ones. There are many wonderful areas to retire in the UK. ... Continued 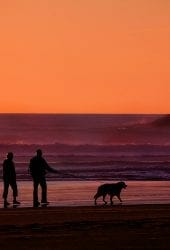 How To Help Your Parent Move Into Care

Read about our top tips to help your parents move into a care home or sheltered accommodation If your parents need to move into care, the situation can be quite stressful for everyone involved. Nobody wants to leave the home they love. However, if the decision has been made, and it means your parents will ... Continued 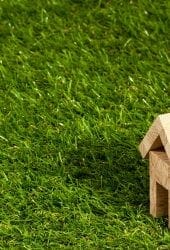 Moving Home With A Dog: How To Do It With As Little Stress As Possible – P2

Read about the tips and tricks you need to ensure your furry friend is happy with the moving home process. In part one of our guide we gave you some information on signs your dog is stressed, and what to do to make them more comfortable when moving home. Let’s look at further ways you ... Continued