Find out everything you need to know about living in Notting Hill, as well as useful moving tips to ensure your move to the area runs as smoothly as possible.

Notting Hill became famous UK wide when the romantic comedy of the same name was released in 1999. But there is much more to the area than the setting for a film, it is known to be one of the most trendy parts of London with incredible eateries, bars, high-end boutiques and of course, Portobello Road Market.

The market sells everything you can think of: antiques, pastries, fresh flowers – it really is a shopper’s dream. The market spans a massive two miles and can take a few hours to enjoy fully, the perfect Sunday morning for many people.

Just a wander through Notting Hill is wonderful on its own, with gorgeous cobblestone streets, picturesque Victorian townhouses and beautifully kept British gardens. It really is a lovely place to spend time in, and you’re always likely to spot a celebrity or two there. From fashion-forward students and young families, to City workers and international businessmen many different people call Notting Hill home, including a few famous ones.

All kinds of people move to Notting Hill for all kinds of reasons, and it remains one of the most popular areas of London. If you are thinking of moving to Notting Hill, this guide will provide information about living in the area as a resident, so your move can be as stress-free as possible:

The History Of Notting Hill

Notting Hill has an incredibly varied history and at times a somewhat chequered past. Up until the 1820s the land was rural with little development to speak of. It was bought by property developer James Ladbroke (the namesake of the nearby Ladbroke Grove) who began creating a fashionable suburb of the rapidly expanding city for rich bankers and industrialists.

During this time a famous hippodrome was built (in 1837 to be precise) which along with the new housing attracted many artists and writers. This means that Notting Hill is featured in the work of people such as Thomas Hardy and Arthur Machen.

The area also attracted a lot of creative types and artists who featured the area in their work over the years.

However, Notting Hill in the 20th century is a different story. Destruction of many of the attractions and housing in the Blitz lead to the development of appalling slum housing. This pushed away the rich landowners of the 1800s as the area became increasingly attractive to post-war immigrants, many from the West Indies. This all, sadly, culminated in the 1958 Notting Hill race riots – a series of racially motivated attacks by a gang of white supremacists and British nationalists – between 30 August and 5 September 1958.

Eventually conditions improved, with a number of development and gentrification schemes during the 1970s and 1980s. Vibrant immigrant communities were created, along with attractions such as the Portobello Market. This was topped off by the 1999 film which led to an influx of tourism.

Notting Hill finally came into its own for attracting the wealthy Londoners it had originally been created to attract. The multiple occupancy homes were changed back into single family houses, and the rich returned once again. Today, Notting Hill is one of the most expensive parts of London to live. 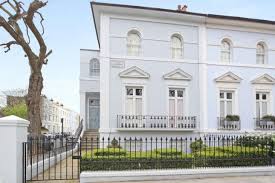 Notting Hill is a beautiful area with open communal garden squares and stunning townhouses. The garden squares in particular hold a steady high value of over £5 million at least, if you’re lucky enough to find one for sale.

There are also lots of flats in the area as multiple level houses are bought up by landlords and converted for maximum return.

If you are looking to rent, rental prices are still fairly reasonable ranging from £195 to £1100 pounds per week. Take a look at some of the smaller online letting agents who have local knowledge of the area for the best deals. Or, if you do want to buy, properties average out at around £1.1 million for a flat and £3.2 million for a house, although there are properties starting at around £400,000.

Notting Hill sits in the borough of Kensington and Chelsea, which is one of the richest boroughs in London. Because it is so close to the City of London, head offices of large corporations, and up-and-coming smaller businesses are attracted to the area.

As a whole, it is a well-developed area, although there are still parts of it that offer opportunities for development.

The most prominent industries and business types in the area are personal services, medical services, property, hospitality and retail. The tourist industry is also a big money maker thanks to the market and the movie. Giftshops and welcome centres relating to the famous rom-com are always looking for new staff, especially during peak times and seasons.

Of course, as with most London suburbs, there is quick and easy access to the rest of the city, making commuting a very viable option.

Things To Do In Notting Hill

Notting Hill offers a lot of local fun and relaxation for residents looking to avoid public transport and the buzz of the rest of London. Shopping is one of the most amazing activities in Notting Hill because there are so many places to spend your money. The high-class boutiques in a cluster around Westbourne Grove are a great place for a wander and perhaps a treat or two. Some of the most famous include clothing shops L’Appartement Sézane and Reformation, as well as homeware shops Native & Co or Sophie Gass. 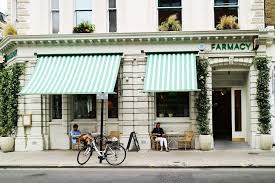 For food you could pay a visit to any of the gastropubs, restaurants and cafes in the area including:

If you’re more of a market lover then of course 2-mile-long Portobello Road is going to be a haven for you, and with two visits never the same it never gets boring. It has fresh produce, candles, coats, shoes, specialist products, baked goods, jewellery and pretty much anything else you can think of. There are also nearby cafes and decor shops to enjoy a browse as well.

If you’re more into green spaces then you could enjoy the garden squares in Notting Hill, if your property allows you that privilege. Otherwise, there are two magnificent parks nearby: Hyde Park and Holland Park. Both are wonderful places to run, cycle and enjoy the wonderful British weather away from the hustle and bustle of the city. 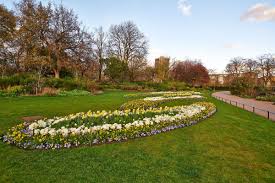 Culture lovers will love the fact that there are two cinemas and even a theatre in Notting Hill which has productions including a modern adaptation of ‘Little Red Riding Hood’ and a successful poetry club with readings from world-famous poets like Imtiaz Dharker and Caroline Bird.

The state primary schools are nearly all rated good or higher by Ofsted, and there are 4 outstanding state comprehensive schools.

The state primary schools are nearly all rated good or outstanding by Ofsted, and there are 4 outstanding state comprehensive schools. As to be expected in an area like this, there is a lot of competition for places in schools and the different education options should be explored in depth before moving here with a young family. 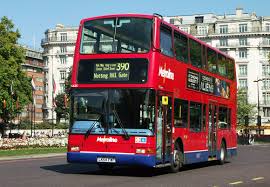 Notting Hill has amazing transport options, which is why it is so popular with businesses and City workers. You can easily get to all of London’s airports as well as the main motorways out of London. There are also great underground options with Notting Hill Gate, Westbourne Park and Ladbroke Grove tube stations within easy reach giving access to Circle, District, Central, and Hammersmith & City lines.

If you would rather catch the bus, there are various routes you can use to get around including the 7 to Oxford Circus and the 23 to Liverpool Street. If you’re more interested in cycling or walking, there are some lovely routes around London via canal paths, Holland Park and Hyde Park.

Moving to Notting Hill has some challenges that you wouldn’t have in small town or even to other cities. That is because it is in London, and London has unique rules you have to be mindful of. However, with some planning and preparation, there is no reason your move can’t be a success and also as stress-free as possible. These tips should help you get a head start in planning your smart move to the area:

If you are moving in summer you really need to plan well in advance of your move. All the best London self storage, removals companies and personal services will be booked up well in advance of the summer months so it pays to get things booked as soon as you can. It is also a good idea to make a packing plan, and start packing as early as possible so you don’t end up rushing and have no time to declutter.

All of the unique rules London has (especially around parking) will be within the experience of London removals companies. You should check they are confident in moving you to a Central London location like Notting Hill. You may want to consider a removals company from your local area who can move your items to London self storage first. You can then decorate and clean your house before using a van hire or local removals service to move your items across when you are ready. Then there is no ‘all in a day’ moving stress.

Whatever you do, choose the company carefully because they will be transporting your precious belongings, and they will have a big impact on how stressful (or not) moving day is for you.

One mistake a lot of people make when they are moving house is to think they have to do everything alone. At the very least you should be asking friends and family to help you out in return for plenty of favours (tea, biscuits and maybe a shopping trip in your new neighbourhood). If you have the budget, you can also hire people to do pretty much anything you need doing. London is the place for personal services so if you want the garden landscaping or the house decorating before your arrival, if you want your car parking in a private garage, or your children with a nanny for the day, all of those services are available to you.

Moving To Notting Hill: The Perfect Choice For Anyone Looking To Live In A Beautiful, Lively Area

Your move to Notting Hill will be as stress-free as possible as long as you plan well in advance, and use any help available to you. With exceptional culture and aesthetics, gorgeous architecture, shopping to die for, and in such close proximity to Central London, moving to Notting Hill is simply a great idea. 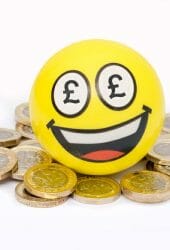 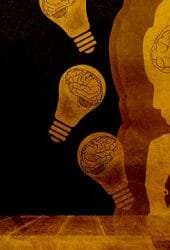 10 Ways To Deal With Smells from Your Neighbour

Find out how to deal with unwanted smells from your neighbour’s property without causing a rift in your relationship with them. Anything can cause a disturbance between homes – visually ugly things we have to see, music, shouting or pets we have to hear – these are common issues between neighbours that cause problems. One ... Continued 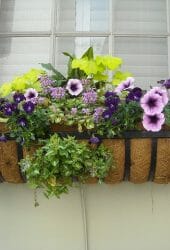 Why We’re Spending More Money Than Ever Before On Houseplants

Find out why homeowners are spending more money than ever before on houseplants and their accessories. As it stands the average Brit is spending £300 a year on house plants and in America, some millennials are even spending as much as their rent on plants, investing $100’s of dollars at a time on leafy pals. ... Continued